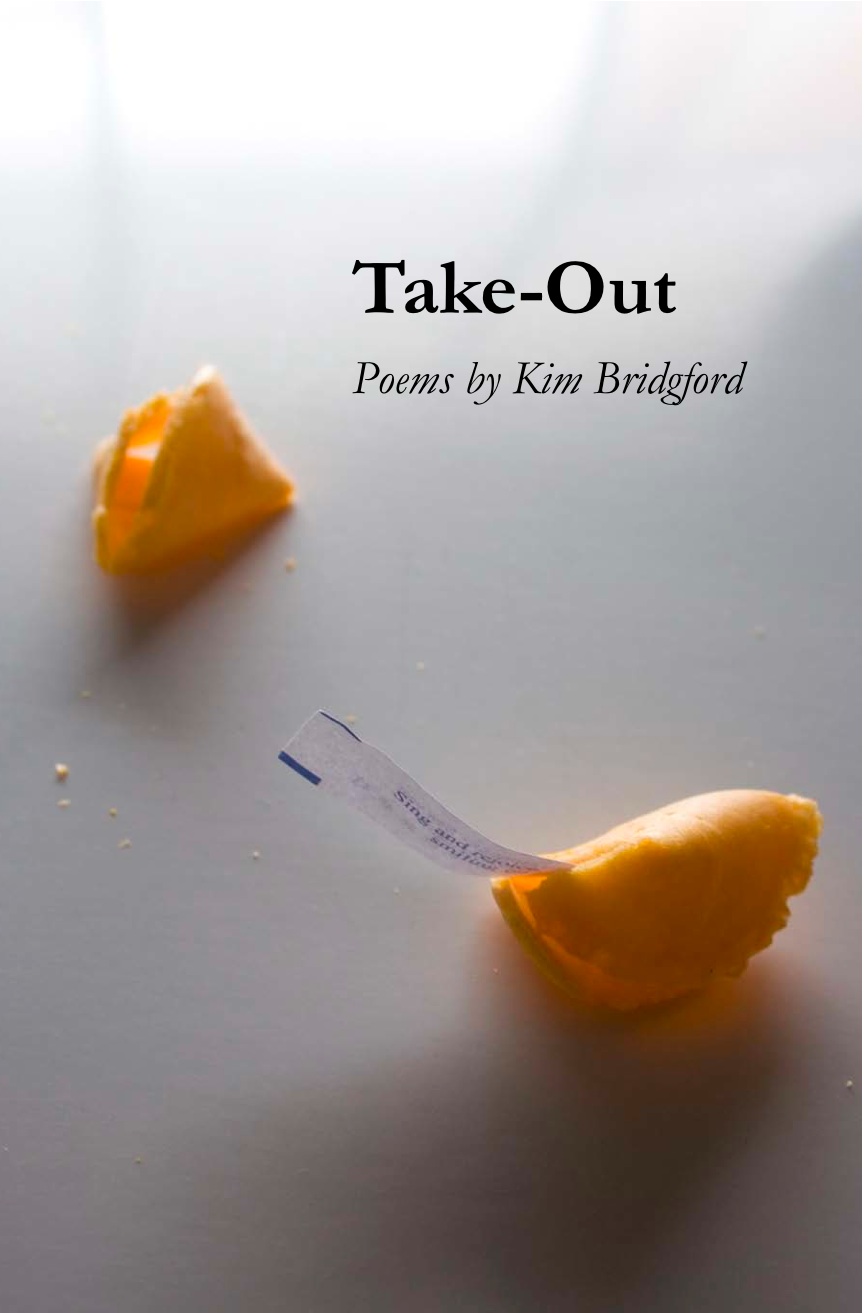 Its typical of Kim Bridgford, whose poems always seem to manage to incorporate the daily, the whimsical, and the potentially heart-wrenching with effortless ease, that her new book should be about the messages in fortune cookies. Their cloudy, cryptic prognostications of our possible futures are made by Kim into lovely vignettes of the all too real pressures that hem us in, and both give rise to and block off the possibility of more glamorous lives elsewhere. Touchingly and memorably, they deal, as one of the poems says, with clouds of heaven or the human heart, and show us how We are the stubborn solitary tree/That learns through wind to grow more crookedly.Dick Davis

The grist for Kim Bridgfords mill comes from unlikely sources. In the Extreme took on the Guinness Book of World Records; another sonnet sequence, Hitchcock’s films. The aptly titled Take-Out has as its point of departure that curious repository of folk wisdom, the humble fortune cookie. What can a poet make of sentences like ‘After readying the every emotion, I see some understanding peer entering realm’? Quite a bit, actually. Bridgford is contemporary poetry’s circus-mistress of the sonnet, offering up a three-ring show that is engaging, entertaining, and entrancing.”R.S. Gwynn

Kim Bridgford is the director of the West Chester University Poetry Center and the West Chester University Poetry Conference. She is the author of three books of poetry: Undone (David Robert Books, 2003), nominated for the Pulitzer Prize; Instead of Maps (David Robert Books, 2005), nominated for the Poets’ Prize; and In the Extreme: Sonnets about World Records (Story Line Press, 2007), winner of the Donald Justice Prize. With the visual artist Jo Yarrington, she is working on a three-book project, based on journey and sacred space, with photographs and sonnets on Iceland, Venezuela, and Bhutan. As the editor of Mezzo Cammin, she is the founder of The Mezzo Cammin Women Poets Timeline Project, which will eventually be the largest database of women poets in the world and was launched at the National Museum of Women in the Arts in Washington on March 27, 2010.