Duration and the Second Hand, Poems by Arthur Brown 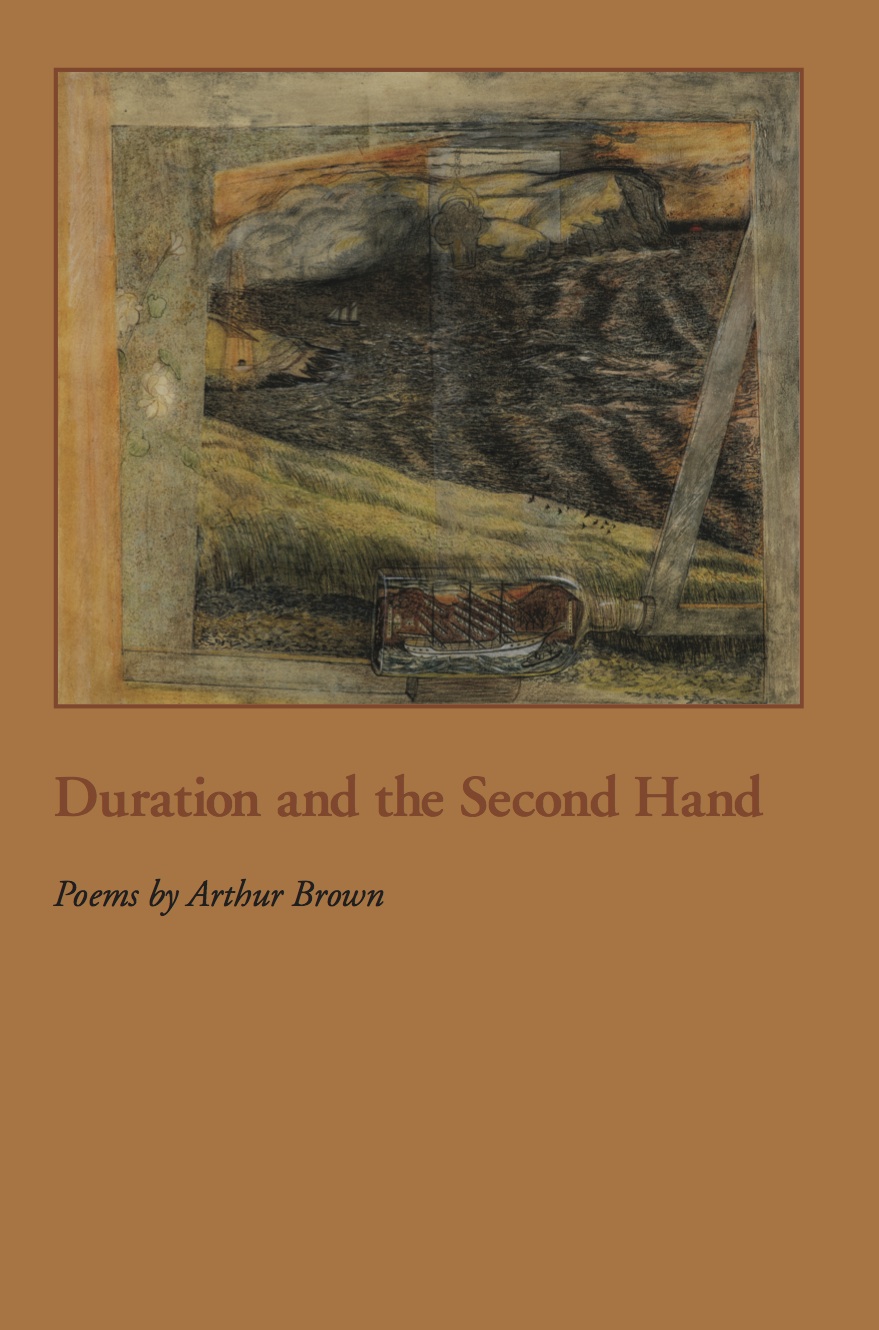 The elegant sonnets of Arthur Brown's Duration and the Second Hand ring a wide range of experience within their taut form, marking the passage of time with precision.

"Arthur Brown's book Duration and the Second Hand focuses on the moments outside regular time, and how, in memory, they take on the beauty and singularity of art. Reminiscent of Lily Briscoe in To the Lighthouse seeing Mrs. Ramsay as 'a triangular purple shape,' Brown looks at a range of scenes through line, shape, and color -beach scenes, father and son moments -and, in doing so, makes us see the world with some aesthetic distance and clarity. No one can make a sonnet sound quite the way Arthur Brown can, with a liquid elegance over the form.His long sentences dazzle." --Kim Bridgford

Arthur Browns first book of poems, The Mackerel at St. Ives, was published by David Robert Books in 2008.  He has published poems in AGNI, American Arts Quarterly, American Literary Review, The Carolina Quarterly, Dogwood, Michigan Quarterly Review, The Malahat Review, The Raintown Review, Poetry, Southwest Review, and other journals, and his poems have won the Morton Marr Poetry Prize, the Nebraska Shakespeare Festival Anne Dittrick Sonnet-Writing Contest, and the American Literary Review Poetry Prize.  His one-act play Augustina was selected by Horton Foote as the winner of the Arts & Letters Drama Prize.  He has published literary essays on Poe, Henry James, Faulkner, and Shakespeare.  He is a professor of English at the University of Evansville.