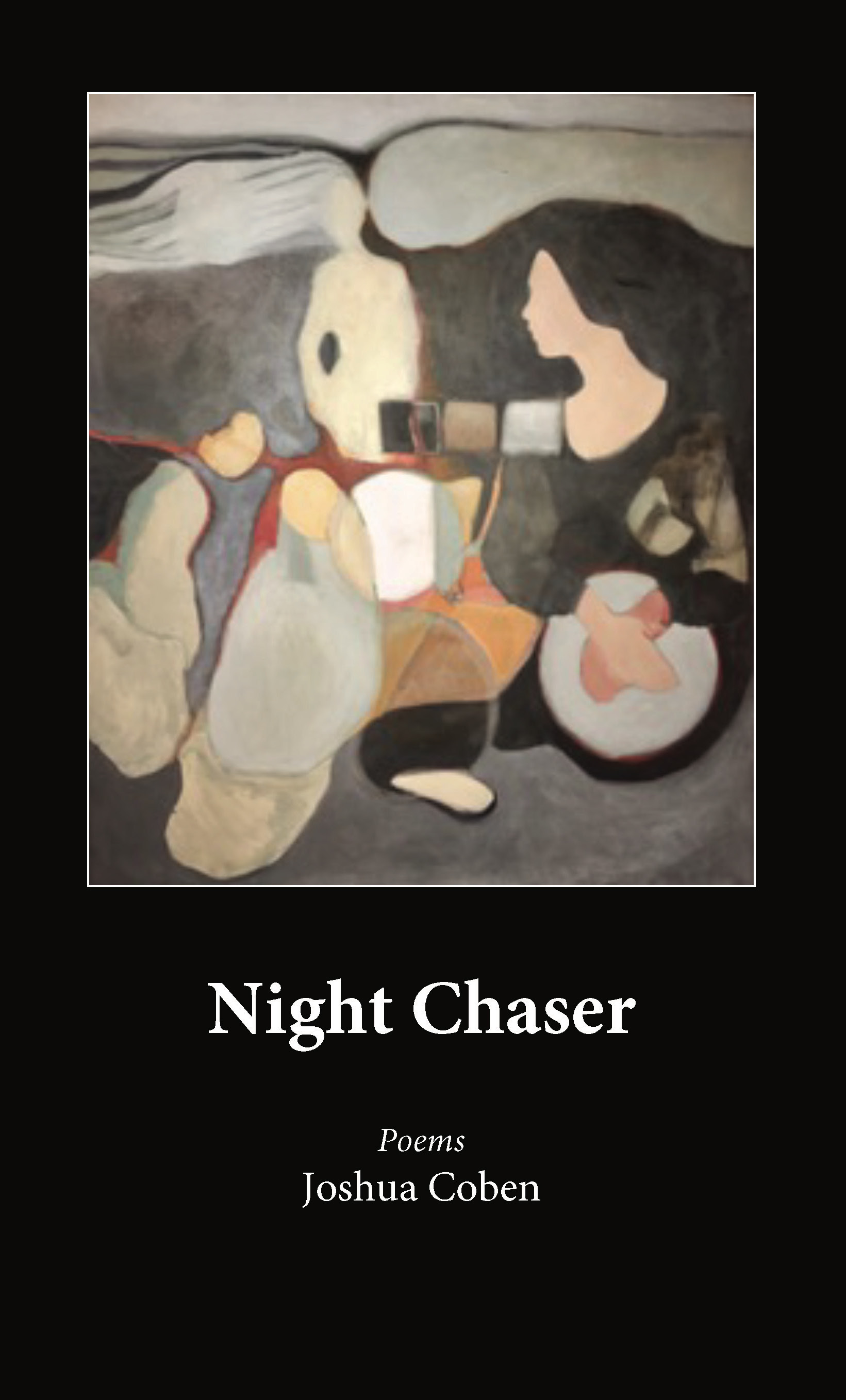 The poems in Joshua Coben's second book seek to fathom the various selves, lived and imagined, that inhabit us. Many such selves appear in Night Chaser, whose title evokes both those who run toward ruin and those who try to keep it at bay. Wherever they go-men's room or bedroom, oceanside or underworld, a city park where love first bloomed or a village hospital ravaged by an epidemic-they find in language a balm for lives of incessant longing and perpetual flight.

"In these heartbreakingly honest poems, Joshua Coben goes 'down to the underworld' to chase the complexities of being a son, a father, a lover, a husband, a self. Autumnal as well as nocturnal, the poems take the passing of time as both burden and anodyne. Sentence and line beautifully channel the intricacies of the poet's thought; metaphor is so deftly handled that you sometimes forget which side of it you're on. There's humor in some of the poems, but what most balances their dark wisdom is the beautiful music of the language."-Martha Collins

"Joshua Coben's poems have a somber beauty and tender metaphysical playfulness that mark him out as a poet of exceptional talent and originality."-James Lasdun

"There is, to Joshua Coben's poems, a harsh metaphysics, the willingness to look with steely equanimity at the abiding and the apocalyptic alike. The simple, almost folktale-like narrative of 'The Baby in the Box' tells of a newborn found in an Ebola ward near his dead mother, and how his deliverance to safety and tenderness ends in catastrophe. And yet, 'a dozen nurses, pausing on their rounds,/would hold and feed him, stroking his head,/and when he cried at night sing him to sleep.' Brutal, yes; but amid the brutality, abiding and broken humanity. I cannot resist quoting the first stanza of his tiny, heartbroken poem 'First Light': 'Little dark-born world/of birdfall at dawn,/into you I have come/to lay down my grief.' And so he invites his readers to suit up, enter a universe dangerous and delicate, and therefore all the more familiar. Hold and touch things. They will be frightened, stirred, and honored."-Frannie Lindsay

"It is Coben's quest to render the invisible visible, whether it be the buried life of insects, the inner lives of strangers, the slow-motion maneuvers of time, or the whispering demons of doubt that keep the poet up at night. Through a sensibility at turns earthy and otherworldly, these are poems formed in the dark 'regions of melt and metamorphosis where shale / is reborn as schist' ('Gift'). Stone by glittering stone, Coben reveals both the stark and the subtle contrasts and transformations that are hidden in our plain sight."-Karina Borowicz