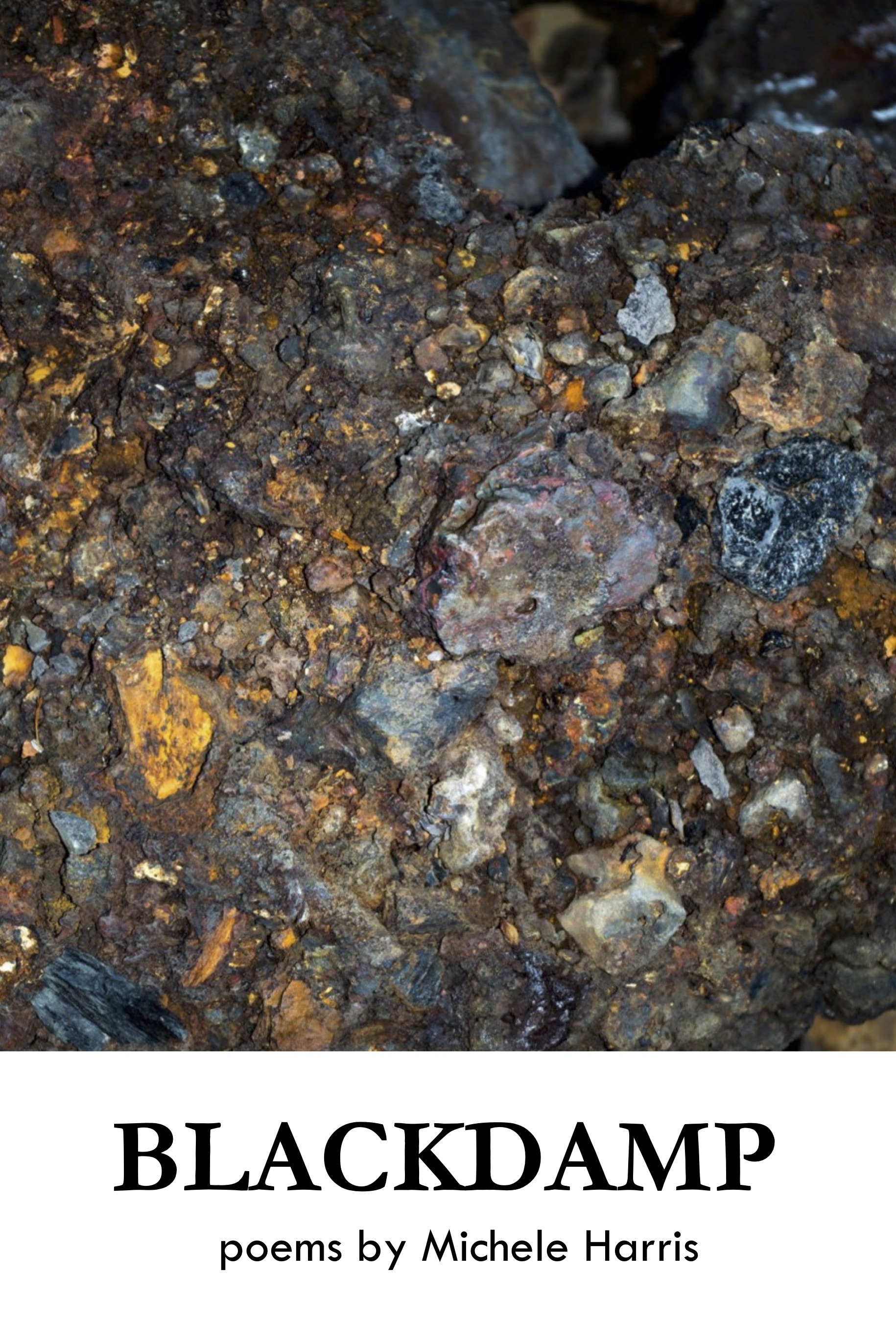 In Blackdamp, Michele Harris resuscitates the memory of her native rural Western Pennsylvania, where woods have grown over whole towns, where a flood struck so deadly it brought on fire, and where flowers grow Bunsen-blue among the jagger bushes.

"'There is a kind of love,' Michele Harris writes in her poem 'Aquarium,' 'in how/she buries her young/inside her. There is a love/when they let her.' Harris is actually writing about guppies. In Blackdamp (you can practically taste that title), her chilling and multi-level images invariably bring us to a darker and deeper place than we expect. Surprise ('Your friends/loosened from you like teeth') is an essential part of her versification. These gorgeous, sometimes painful poems keep surprising us even after we put them down-they're 'what a secret/smells like: sweet, like an almond//whiff of cyanide.'"-Lloyd Schwartz

"Blackdamp rises from the Pennsylvania towns of Michele Harris's hardscrabble childhood, where disasters come early and have a history. Risk is a given, from blisters and fires and the Johnstown flood, to the precarious body of love. 'When you walk into the room you grew up in, you are breathing yourself,' Harris writes in 'Ars Poetica,' as the flint of discovery-through family, lovers, landscape, and work-ignites each poem in this remarkable book. You won't forget the men and women inhabiting Michele Harris's imagination, or the language she uses to make them sing."-Joyce Peseroff

"In Blackdamp, Michele Harris excavates the secrets held by storm drains, root cellars, bridges, and dams, but also those held by our clothes, by our skin. Her poems show us how disasters-local and historical, personal and present-accumulate, then come to define love, and life, and even the landscape itself."-Christopher Bakken

Michele Harris received the 2011 David A. Kennedy prize and was selected as a finalist for the 2018 New Millennium Award in poetry. Her work has appeared or is forthcoming in The Tishman Review, Anderbo , New Millennium Writings, The Prose-Poem Project,Cicada, Dirtflask, Sheepshead Review,The Northridge Review, Uncanny Valley,The Columbia College Literary Review, Eclectica,Escarp, Stirring, Turbulence, Falling Star Magazine, and elsewhere. She holds an MFA in Creative Writing from the University of Massachusetts Boston, where she teaches Literature for the Osher Lifelong Learning Institute. She works at MIT and lives in Cambridge, MA.