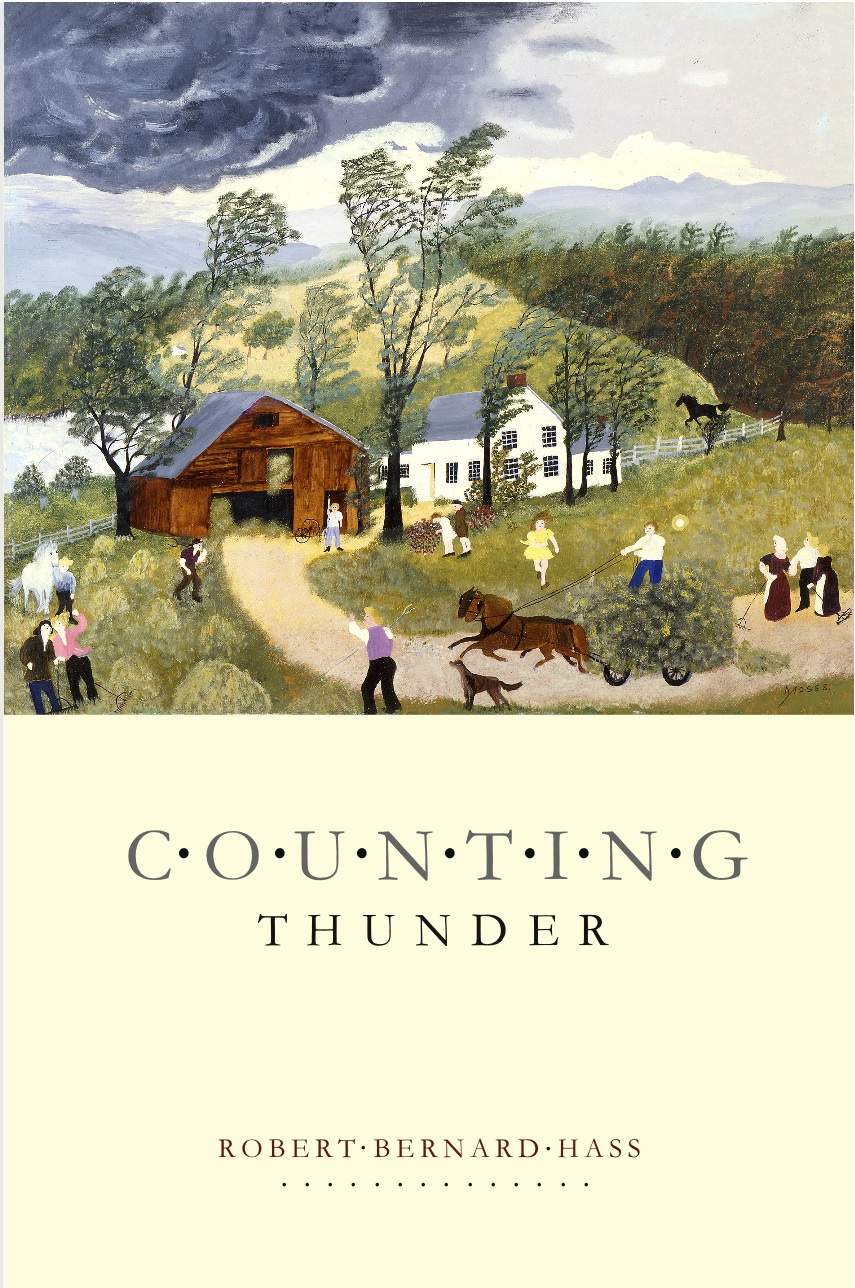 " 'Rite of Spring,' the first poem in Robert Bernard Hass's Counting Thunder, is a perfectly paced and strongly worded account of the birth of a lamb, and it gives promise of good poems to come. The promise is liberally kept. Among my favorites are the affectingly contrite 'Apology to Phyllis,' the admonitory 'Poem for Our Climate,' the witty and elegant 'Lullaby for the Mathematician,' and the delightful 'Siren.' There are also, in this admirable collection, some very successful translations from the German." --Richard Wilbur, former Poet Laureate and twice winner of the Pulitzer Prize in poetry.

"Counting Thunder gathers the work of a poet of lucid intelligence, grace, and humanity. In these widely ranging poems, written in an impressive variety of forms, Hass takes on politics, love, and despair. He travels in his imagination across metaphorical borders, often whimsical but serious as well. He submits happily to eros. He contemplates his own mortality. 'You tell me everything,' he says to his favorite book, 'And in your telling remind me who I am.' In fact, I was reminded myself of who I am as I moved through these poems, a grateful reader." --Jay Parini, D. E. Axinn Distinguished Professor of English and Creative Writing, Middlebury College

"In his debut collection, Counting Thunder, Robert Bernard Hass lets us see in a fresh way, as in 'Skunk Cabbage' where the plant's 'Throat opens to April's onion snow,/...(and) curls its leaves/...against the freeze." And in "Boston Market,' where 'Leather-necked mongers swing their carts/On cobbled streets, unpack their crates/Of tomcod, rock-cod (and) crab claws.' In 'Humpback,' a stranded whale is dying a '...brutal transformation, cell by cell,/Of splendor into nothing.' Throughout this brilliant collection, the language is spare, direct and rhythmically bewitching, as in 'Melopee,' which begins: 'Under the moon, the long river glides./Over the long river, glides the tired moon.' Mr. Hass has kept a sharp eye out wherever he's been and has returned with these wonderful poems, for which we are much richer."--Harry Humes, winner of the National Poetry Series

"We are living in one of those crucial moments when a wise word can make a difference. These are wise words."--Bill McKibben, leading environmentalist and author of The End of Nature, Enough, and Deep Economy

Robert Bernard Hass is the author of Going by Contraries: Robert Frost's Conflict with Science (University of Virginia Press, 2002), which was selected by Choice as an Outstanding Academic Title in 2004. He has won an Academy of American Poets Prize, an Associated Writing Programs Intro Journals Award, and a fellowship to Bread Loaf. He is currently Associate Professor of English at Edinboro University of Pennsylvania, where he teaches courses in American literature, classical literature, and Shakespeare.