Between Dog and Wolf, Poems by David Hathwell 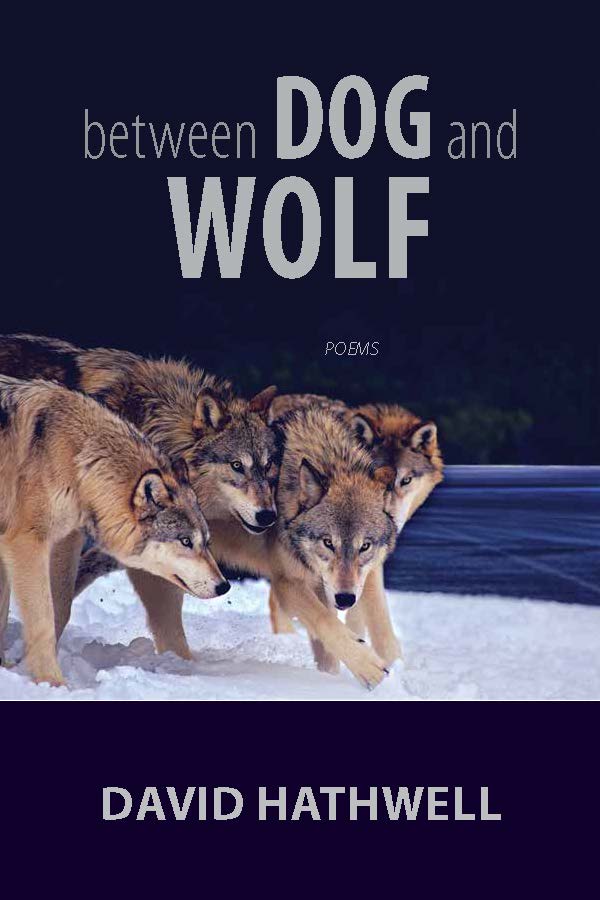 The French entre chien et loup describes those moments at twilight when the eye, no longer to be trusted, can’t distinguish between a dog and a wolf. The poems in David Hathwell’s new collection take place on the threshold—unsettling, often perilous—between light and darkness: between the familiar and the unknown, the expected and the unforeseen, safety and danger.

"In Between Dog and Wolf, David Hathwell forces us to look for what’s in between the places we know. Whether the scene is early-morning fog or the dawn of approaching dark, Hathwell’s poems bring to light the importance of recognizing how we move from moment to moment, from almost to finished, from troubled to safe. Sharp and unsettling, the poems offer a sense of something just not right. And even when the whole world seems amiss, all we can do, as Hathwell writes, 'is make ready.' This is an important book for times like these." —Erica Dawson, author of The Small Blades Hurt

"David Hathwell can see the most ordinary thing—a particle of dust, the curve of a spoon—and make it significant. Because it is, and we might have missed it. I’m putting this collection on my shelf between 'Luminous' and 'Forlorn.'" —Pam Wells, editor of The Timberline Review

"Between Dog and Wolf is, among other things, a sharply etched meditation on death and its inevitable aftermath, but don’t let that fool you into thinking it’s maudlin or depressing—it’s an absolute delight to read. Commanding a beautiful lyricism linked with a battery of precise imagery, Hathwell asks us to consider the world in ways we likely haven’t before. Do yourself a favor and buy this book." —Rob Griffith, author of The Moon from Every Window


David Hathwell published Muses, his debut poetry collection, in 2016. His poems have appeared in more than a dozen literary magazines, including Tampa Review, The MacGuffin, Cider Press Review, Into the Void, and Measure. A former English teacher, he has degrees in English from Stanford University and Columbia University, as well as a degree in music theory from Queens College of CUNY. He has studied piano at the San Francisco Conservatory of Music and sung bass in the Lesbian/Gay Chorus of San Francisco. He lives in San Francisco with Stephen Goldston, his partner of forty-one years and husband of eight.