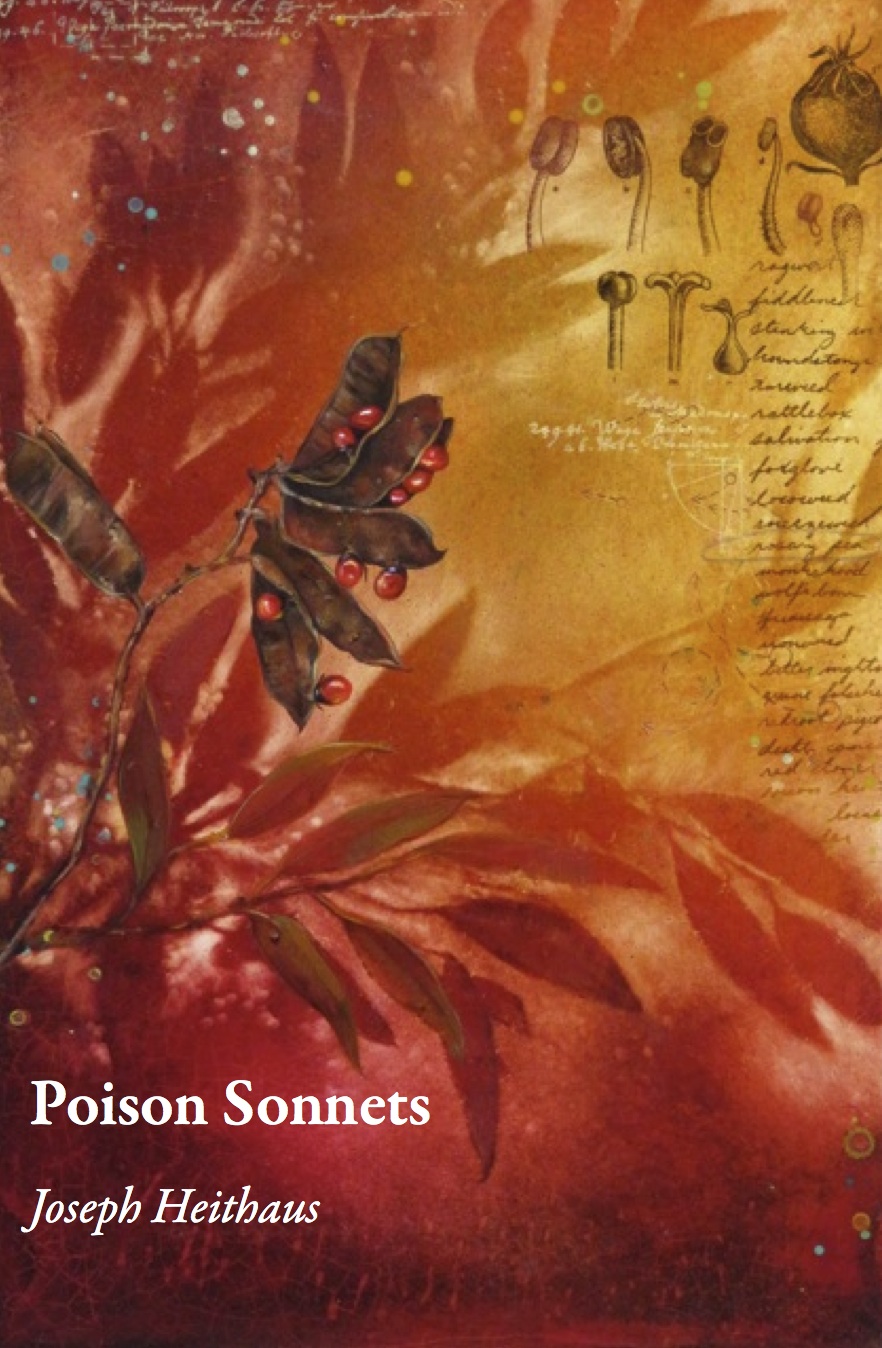 The music of Joseph Heithaus' Poison Sonnets is fierce with love, attentive to the richness of the world, its joy and pain.

"There is something of Roethke in Joseph Heithaus's edgy and muscular sonnets: as with the work of that great master, the poems approach the natural world through a conflation of awe and terror. And--again like Roethke--for Heithaus the natural world and the familial one are helplessly and invariably conjoined. I admire the effortless formal invention of these poems, but it is their steady and concentrated elegiac gaze which gives these poems their authority. Poison Sonnets is a exceptionally noteworthy debut."--David Wojahn

"Love and death are woven cunningly through Joseph Heithaus's Poison Sonnets. At times the poems bring to mind those volumes of sketches and observations kept by 19th century naturalists, which themselves could surprise and startle with their complicated emotions, vivid frankness, and sense of immediacy. By turns mordant or elegiac, these poems are anything but predictable. And the sonnet as a form enjoys a fresh revival in this poet's inventive and original renderings."--Mark Jarman

"A ravishing plenitude possesses the mind of Joseph Heithaus, whose Poison Sonnets expand, in their contractions, a spectrum of sinuous patterns and moods. His meditations 'speak the world,' touching extremes of vision and insight. In the hothouse of high art he makes a heady brew, an amalgam whose properties quicken 'that reddish thumping flower' we call the heart. Turning from 'Ragwort' to 'Houndstongue' to 'Monkshood,' from 'Bitter Nightshade' to 'Oleander' to 'Murky Light,' we move through an ever-opening field guide to the generative forces of language."--Phillis Levin

"Botany and poetic form make good companions--each is intricate, mysterious, and often in league with beauty. But there is a difference: a lowly weed arrives at random and raggedly, whereas a sonnet is alleged to be the result of refinement and design. Joseph Heithaus has placed human life in the middle of this spectrum, and found at the center of his fine book a dark and quiet question. Are we merely evolved, the result of a sum of instincts, or are we more carefully composed? It is an impossible question, the kind we expect poetry to ask." --Maurice Manning