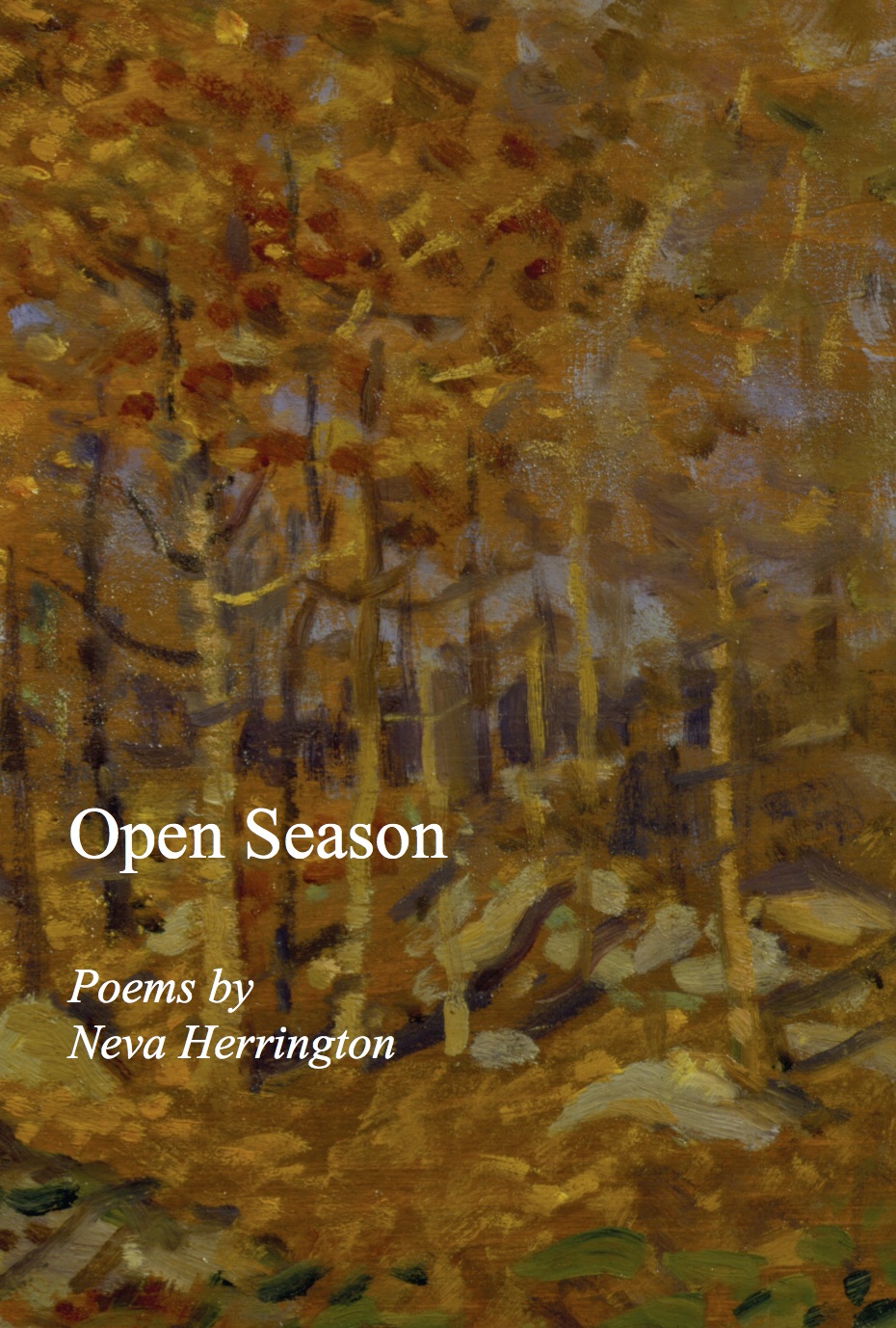 The train coach lights go out.

Strangers sleep side by side
as in a giant nursery,

while cities cross faces
like flashlights checking.
Low to the earth the moon

races backwards. I sleep,
wake up to the shine
of rain on the window,

the station unannounced,
a hushed exodus
from the nighttime household.

The lyric poems of Neva Herrington's Open Season, grounded in specificity, face the world, open in all seasons.

Neva Herrington has published two collections: the chapbook Her BMW (Pudding House Publications, 2007) and Blue Stone (Still Point Press, 1986), a Pushcart Foundation selection for "Writer's Choice," 1986). Her poems have appeared in The Chariton Review, Confrontation, Connecticut River Review, Southwest Review, The Southern Review, Wind and other journals and in the anthologies Entering the Real World (Wavertree Press, 2012) and Anthology of Magazine Verse & Yearbook of American Poetry (1984,1985). She has been a Fellow at Yaddo and at the Virginia Center for the Creative Arts.

Open Season was a semi-finalist in the 2011 Kathryn A. Morton Prize in Poetry (Sarabande Books) and a 2012 finalist in the Autumn House Poetry Competition.