Advice for a Young Poet, Poems by Norman Minnick 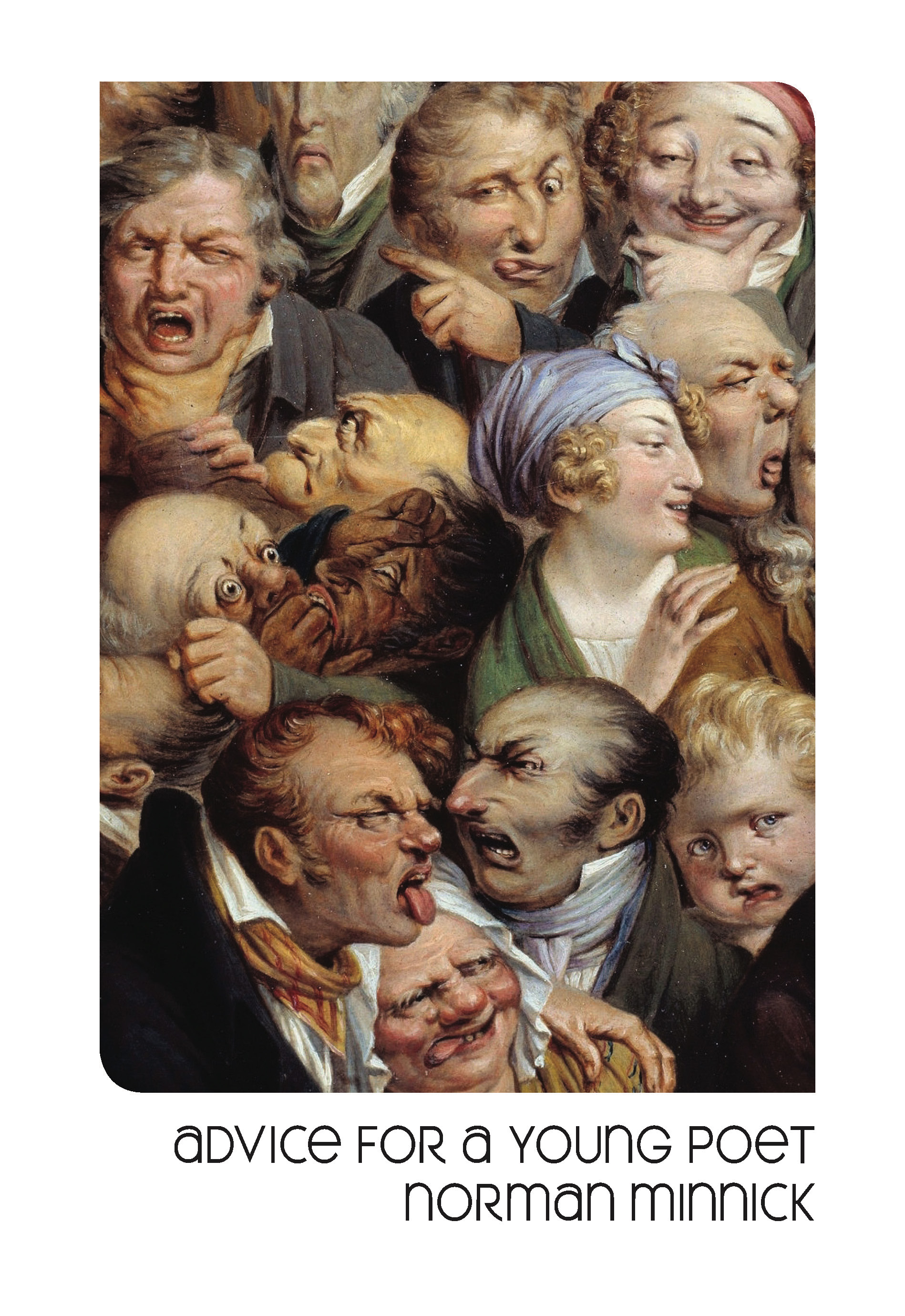 The witty poems of Norman Minnick’s Advice for a Young Poet offer much (ironic) wisdom on the nature of the art.

"Minnick's poetry says everything the collected works of Freud do but in so much less space and so beautifully. Using sharp-edged images with dazzling deftness, Minnick reminds us that there are terrors in the shadows and that kids of all ages are glad they're there."--David Kirby

"Bursting with humor, full of irreverence, Norman Minnick's poems in Advice for a Young Poet are deft and well-earned, and they remind us that the stuff of poetry is also found in the 'jaundiced regions of the psyche.'"--Abayomi Animashaun

"Norman Minnick surveys the landscape of contemporary America-and its poetry-with wry humor and a cynical, trenchant eye. In this collection, Minnick quietly (sometimes even tenderly) reminds his readers that poems can help us answer what it means to be human and that there are some questions before which even poetry can only bend its knee."--Katherine Rauk

Norman "Buzz" Minnick came of age in the 1980's punk scene of Louisville, Kentucky and was the front man for the influential hardcore band, Bush League. His previous collections of poetry are To Taste the Water (winner of the First Series Award from Mid-List Press) and Folly (Wind). Minnick is the editor of Between Water and Song: New Poets for the Twenty-First Century (White Pine Press) and Work Toward Knowing: Beginning with Blake by Jim Watt (Kinchafoonee Creek Press). He lives in Indianapolis, Indiana where he teaches young poets.