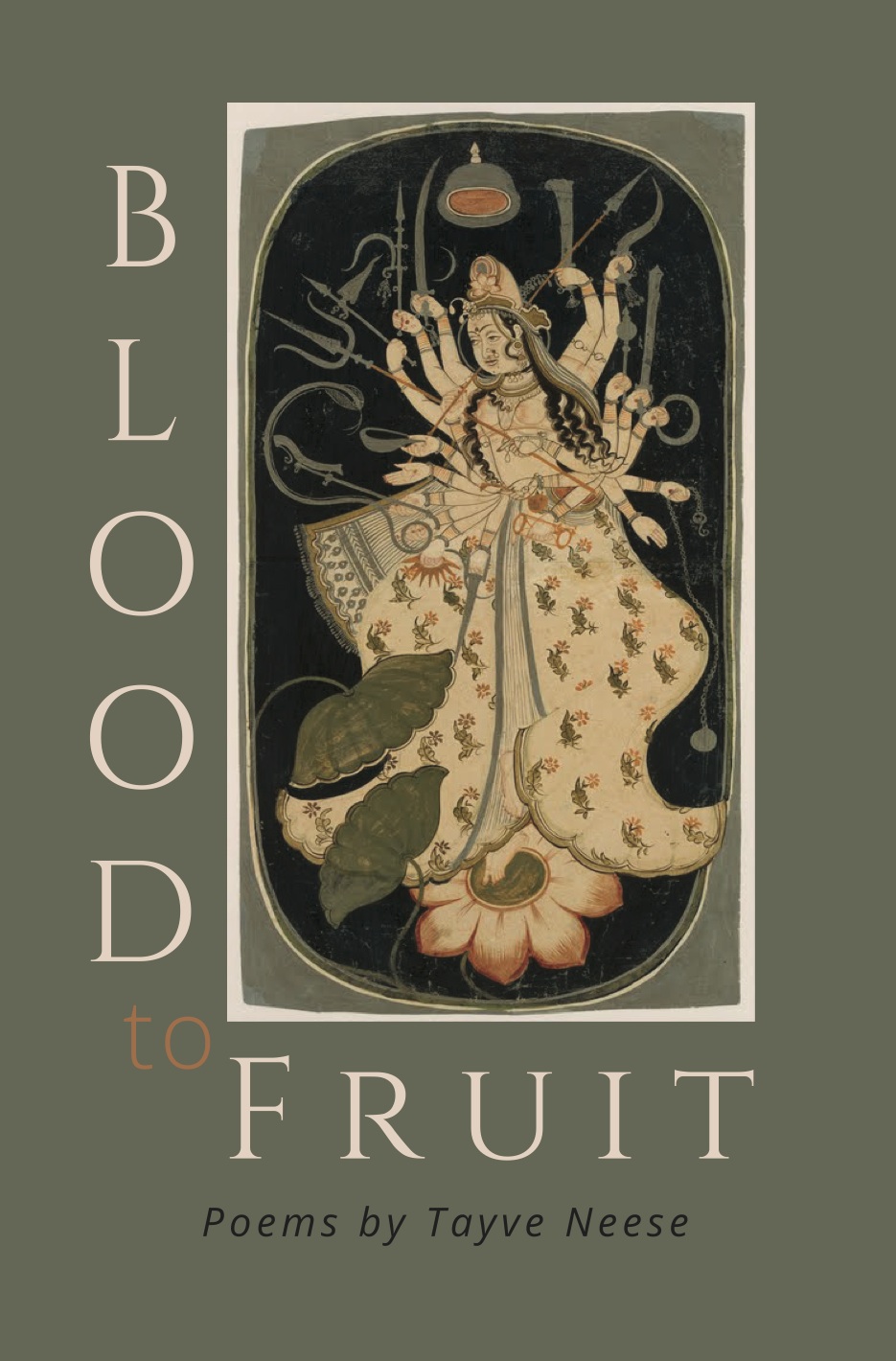 The flesh of Tayve Neese's poems, their sensuous surfaces, yield fruit indeed, and their thematic resonance is their very lifeblood.

"Without denying body and blood, Tayve Neese writes poems that examine the possibility of turning from our worst natures to something more fruitful and even redemptive. The imagery and the vision are brave and strong."--Carol Frost

"Tayve Neese's Blood to Fruit is made of poems that are taut, precisely built worlds, almost every one of them somehow both ravishing and haunting, stunning and foreboding. So many of the poems are about birth, motherhood, or daughterhood--but wherever there's birth, lest we forget, there's death, looming just outside the door. Neese writes, The ground will swallow you / because it is hungry. That's about right. Something reckless about these poems; something wild and awful. And something utterly beautiful too."--Ross Gay

"Fierce and unsettling, the poems in Blood to Fruit are filled with primal grief and a powerful drive toward life that spans many and places. The landscape is one of scarcity but with recurring images of womanhood and fertility--egg, moon, fruit, womb--and the language roots itself powerfully in universal elements (Red moon, a rotting ibis egg--/I still wait for hatch and flight, sound of plumage...). Often implicating the reader (you) in they mysterious, often violent, imagery, the poems then turn to a more tender, biographical territory. These are poems that will wake you to another world, the one inside this one. A stunning debut."--Joan Houlihan

"Blood to Fruit, by Tayve Neese, is a books of scent and bleat and moan and ripple and every other human sense that every mother looses / to God. Open this book on any page and find your sense awakened. Indeed, this is a book whose ambition is to turn a soiled thing holy, to find the arc of your belly, your bold milk to open our eyes and throats. Why such attention to the senses, one may ask? Why speak--and with such passion--the language of the body? 'A single screw of flesh / is all that pins the soul,' Emily Dickinson taught us, and Tayve Neese is fully aware of that. She is a poet whose ear is marvelous and whose spell is brave. This is a gorgeous book."---Ilya Kaminsky