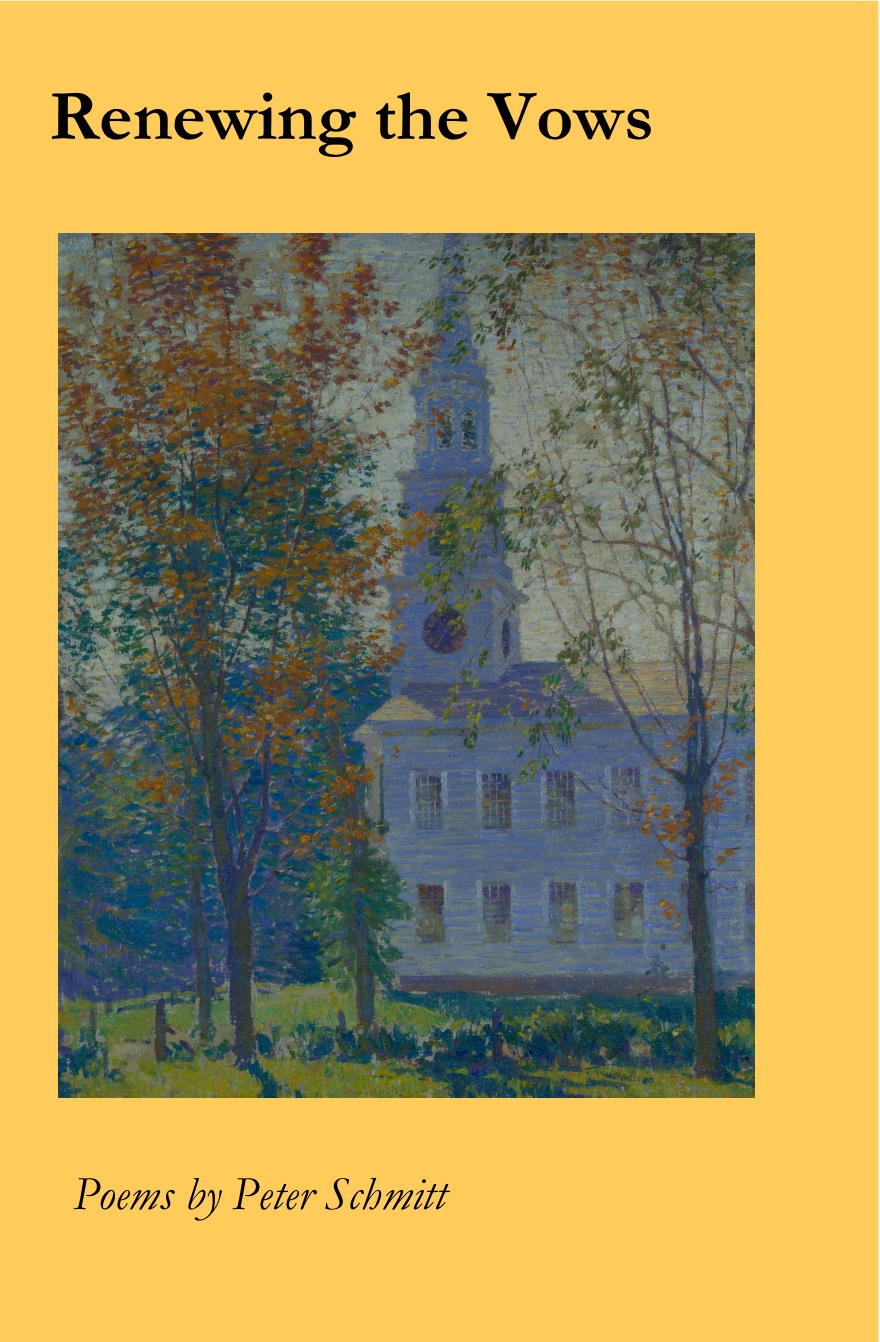 Plain-spoken and tender, the poems of Peter Schmitt's Renewing the Vows carefully trace the seam between the mundane and the resonant, reminding us, in their lyrical narratives, that the smallest moments may have the greatest import.

"Peter Schmitt's poetry has always centered on the delicate verisimilitudes of the human heart. Somehow, he always finds the right images in their precise cadences to nudge the reader towards true feeling. He reminds one of Nabokov for whom remembrance and love are the same thing."--John Balaban

"Peter Schmitt's Renewing the Vows unlocks the poetry behind the tiny doors of everyday moments. I know of no poet who observes the subtlety of human expression and gesture with such insight and precision. These carefully crafted poems are full of a refreshing humility and empathy--an openness to life, with both its sadness and grief, and its magical moments of transcendence. It's simply a jewel of a book."--Jim Daniels

"In these moving, fine-grained poems Peter Schmitt makes a journey into time--revisiting and gleaning, revealing how we absorb, at first nearly unawares, the great shaping facts of place and family, and culture. Schmitt has a wonderful eye for the small but signifying gesture: the widow staring in a sunstruck hallway; a father's trembling shoulders; a worker steering a forklift with the touch of a single finger. The urgencies of mortality also charge these poems: their discoveries come amidst hurricanes and hospital rooms, a burning house, encounters with vulnerable souls, and one heroic rescue. Among the findings in this collection are some of the origins of the poet's own aesthetic, about which he is characteristically wise, scrupulous, and witty. What I admire above all in Renewing the Vows is Peter Schmitt's capacity to honor and memorialize, with deep humanity, while also meditating on how much eludes the reach of memory and language." --Emily Hiestand

"Peter Schmitt's quiet, low-keyed voice in Renewing the Vows is a way of coming to terms with the often affecting and painful moments they celebrate. The title poem--in which his parents renew their vows, the father soon to die--is only one of many convincing elegiac reminiscences. They are poems the more true for never making too much of themselves." --William H. Pritchard

Peter Schmitt is the author of two collections of poems, Country Airport and Hazard Duty (Copper Beech), and a chapbook, To Disappear, published by Pudding House in 2006. A graduate of Amherst and The Iowa Writers Workshop, he has received The Peter I.B. Lavan Younger Poets Award from The Academy of American Poets; The "Discovery"/The Nation Prize; and grants from The Florida Arts Council (twice), and The Ingram Merrill Foundation. His poems have appeared in The Hudson Review, The Nation, The Paris Review, Poetry, and The Southern Review, and are widely anthologized. His work has also been featured on National Public Radio's Writers Almanac. A contributor of poetry reviews to The Miami Herald and South Florida Sun-Sentinel, he has taught creative writing and literature at The University of Miami since 1986.