The Moon Is the Capital of the World, Poems by J.R. Solonche 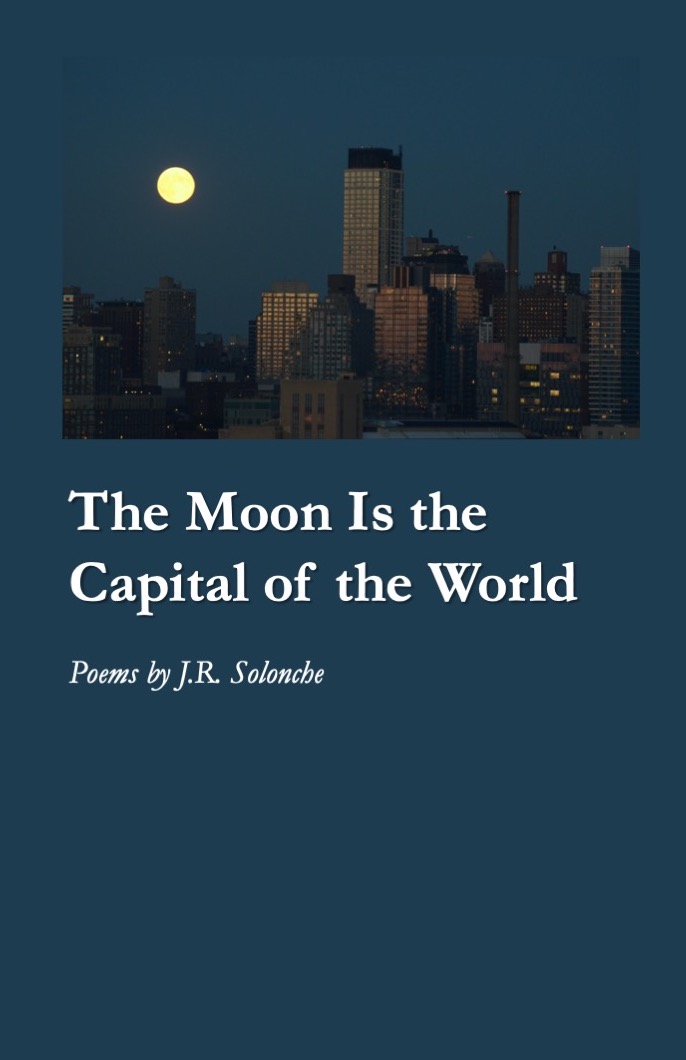 The Moon Is the Capital of the World, the new poetry collection by J.R. Solonche, presents him at his best. His wit, his insights, his playfulness, his craft, his profundity, and yes, at times his silliness, are all here on full display to the delight of the reader, whether that reader be new to the Solonche world or one returning for more.

"According to Lord Polonius in Hamlet, 'brevity is the soul of wit.' In the poetry of J. R. Solonche, brevity, soul and wit co-exist superbly. Start with any of his poems. You'll find, unlike much of what is written these days, the wit is never far from the surface. As for the brevity, imagine an appetizer that's as filling as a main course. And, after the meal, after the laughter, the soul will be what lingers.- John Grey

"Solonche is productive and prolific, but that doesn't water down his poetry... He can compress a philosophical treatise into three lines... His epigrammatic tidy poems are philosophic gems. Solonche sees humor and encapsulates it; he frames a thought in perfect verse... He's playful and profound - the more he writes, the more he seems to know. Beneath the Solonche simplicity are significant social comments, and his goodwill reinforces the best in us." - Grace Cavalieri

"Solonche, an accomplished poet, employs various forms in this compilation, including haiku, prose poem, and free verse. The poems often imaginatively enter into the natural or material world via anthropomorphic similes... Many works have an aphoristic quality that recall Zen koans, and they can be playfully amusing or even silly... A strong set of sympathetic but never sentimental observations." - Kirkus Reviews

"The spirit of Horace, the melancholy of time slithering away and turning all to dust, tempered with art, wit, and good grace..."- Ricardo Nirenberg

"In a style that favors brevity and pith, J.R. Solonche brings a richness of experience, observation, and wit into his poems. Here is the world! they exclaim. And here, and here, and here! Watched over by ancient lyric gods - Time, Death, and Desire - we find the quotidian here transformed."- Christopher Nelson

"J.R. Solonche's poems are like translations from a language far more direct and intense than the the English of everyday speech. And yet that speech is the very stuff his poems are made of. Solonche drills down to the core, the pith of the conversational moment." - Hilary Sideris