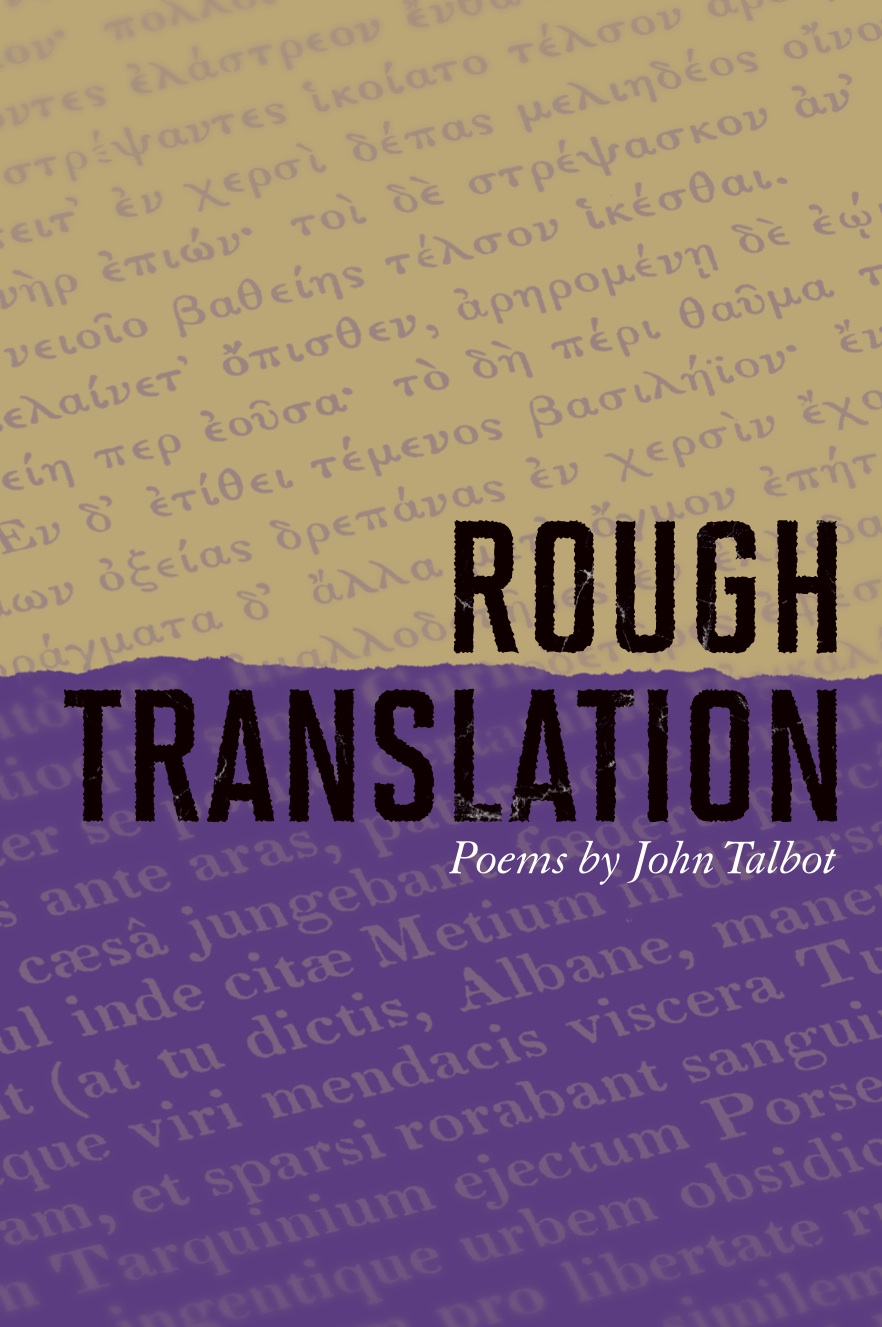 The masterful forms of Rough Translation by John Talbot press their sculpted angles against, around, and through the rough experience of the world.

Praise for The Well-Tempered Tantrum

One of the strongest debuts of recent yearsJohn Talbot has great metrical facility and a flair for rhyme, but is too wide-ranging in his modes to be matriculated into any school. His poems are refreshingly ambitioushe is playing for mortal stakeswhile still exuberant in the virtuosityStrong emotionsgrief, disillusionment, joypulse through their veinsTalbot writes with the authority of one who trusts his book will find its readership. Many poets are ambitious for the passel of annual prizes and a moments recognition. Talbots ambition for the work itself is bracingly old-fashioned.A. E. Stallings, The Classical Outlook

The poems of John Talbot are superbly made, compactly assembled from riches as from simplicities, all of them worked with a jewelers skill, every rifted loaded with ore. I admire him unreservedly.Anthony Hecht

I enjoy John Talbots work for its live use of language and its pleasure in the craft. His poems, at once apt and surprising, are at home and at play within our cultural inheritance and poetrys traditional means.Richard Wilbur

With The Well-Tempered Tantrum, John Talbot strides to the forefront of practitioners of the well-made poem. He writes elegantly and with firm command. His collection ought to appeal to anyone who still believes that a poem needs to regale us, and to have a few brains in its head.”—X. J. Kennedy

A valuable and civilized book because of the occasions it provides, over and over again, for reader to be amused, to be moved, and to admire its author for his inte4lligence and skill, and for the learning he uses in such enlivened ways.David Ferry

John Talbot teaches Ancient Greek and Latin in the English Department at Brigham Young University. He took his doctorate in Classics at Boston University, concentrating in Augustan Roman poetry. He is the author of a number of articles on the relationship of ancient languages to English literature, and publishes poetry widely. His earlier poetry book, The Well-Tempered Tantrum, appeared in 2004.