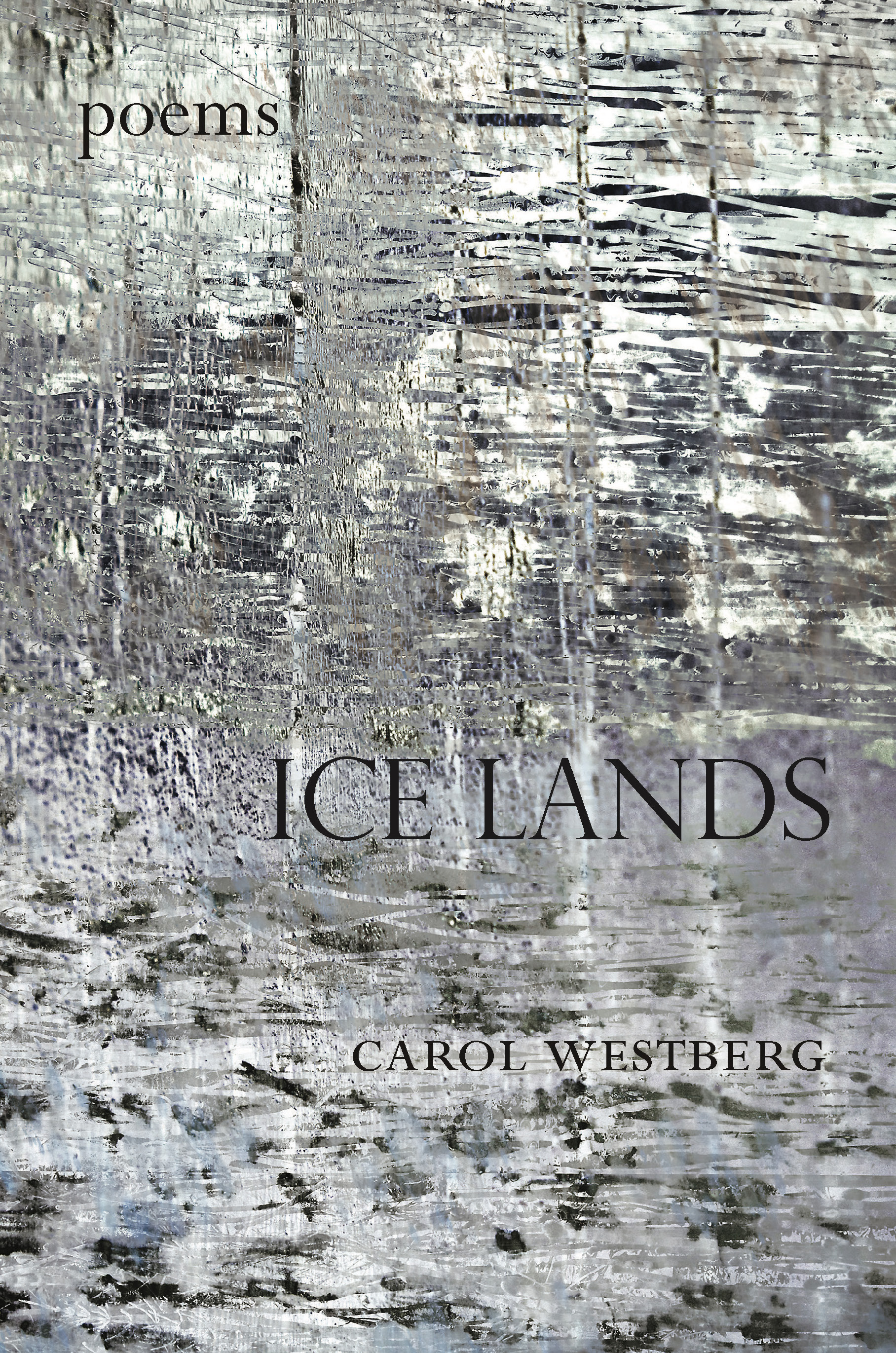 The lyric poems in Ice Lands journey through regions of knowing and not knowing, alive to our mortal connections in this precarious world and to the brevity of our stay.

"With a clarity native to the myriad 'ice lands' these brave poems explore-thin-place, intense territories geographical, personal, political, somatic, psychological-Carol Westberg's new book reads like a gathering of koans, a breviary for navigating the second decade of the twenty-first century. Whether confronting the imperiled planet, the eroding political landscape, the ambages of late middle-age, things done and left undone, or the legacies of illness (cancer, the pandemic), the poems move with an insomniacal attentiveness through all manner of 'ambient threats too huge to take in.' Fear and hope are both forthrightly honored by speakers eager for a salvific, interspecific reciprocity. Like her sister poet Emily Dickinson, who in part 'lived on Dread,' the glinting truths of these poems put 'a Spur - upon the Soul -,' a spur to wake to the truth that 'we're all so much more / than we know.'" - Lisa Russ Spaar

"'The wide mind takes it all in,' Carol Westberg says, and that is exactly what these beautiful lyric poems do, opening like a lens to reveal depths of spirit and insight. Westberg does not turn away from either the damage or the wonder of 'this hard starry world,' but through her clear vision, elegant craft, and fearless late-night inventories, she makes these poems into acts of attention, which become prayers for restoration. This is a luminous and stunning book, blending grief with wisdom and awe." - Betsy Sholl

"Ice Lands resonates with a reverent consciousness that gracefully navigates the liminal intersections of the natural and human worlds. '. . . All around,' Westberg says, 'patterns speak like runes in shell and siltstone.' These poems feel intensely, and often explore issues of loss and mortality, but avert excessive sentiment by seeing so precisely. There is a seasoned and mature sensibility here, a quiet authority, and it speaks with deft lyricism and musicality. Ice Lands is Westberg at her best."- Mark Cox